Maybe you’ve never considered the issue of performing cardiopulmonary resuscitation (CPR) in space but space agencies really have thought of everything.

The likelihood of cardiac arrest occurring in space remains extremely low, and will most likely be nonsurvivable due to several factors including delayed diagnosis and difﬁculties in immediate and secondary management. However, ﬁve separate methods for CPR in space have been described so far.

The rescuer places himself sideways and the patient is situated on the crew medical restraint system (the foldable stretcher of the ISS) for CPR.

The rescuer straddles the patient’s waist, with the patient situated on the crew medical restraint system for CPR.

The rescuer grips the patient from the back with both arms and performs chest compressions.

The rescuer places himself on top of the patient, with his left leg over the right shoulder of the patient and his right leg around the patient’s back under the left arm.

The rescuer places his feet on one wall of the cabin with the patient’s back against the opposite wall.

It remains unclear which of these techniques could provide the best quality CPR in space. Regarding the depth of the compression, no technique achieved the requirements of the guidelines. The Handstad method appears to have an advantage over the other techniques. Although the Reverse Bear Hug method achieved also a good compression depth, this method showed up distinct disadvantages in the compressions rate.

Since the quality and performance of CPR in microgravity is lower compared to earth, mechanical CPR devices during spaceﬂights could improve quality. 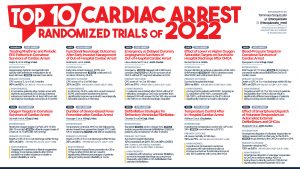